Ah, the cover. Easily one of the most important things if you actually want to sell your book. Covers are one of those things that are far more complex than it seems on the surface, so I’m going to break this up into several sections.

If you’re not ready for all that, you can check out the other Road to Self Publishing posts.

First, I’d like to say that the next part of The Road to Self Publishing is on the way and will be posted tomorrow.

Lastly, if you haven’t heard, my book, ASH, is out. You can buy it on Amazon or check out the landing page for the other ways to buy.

There we are! See you tomorrow!

My debut novel, ASH is finally out!

You can find the Kindle version here, or head over to its Landing Page to find other ways to buy. 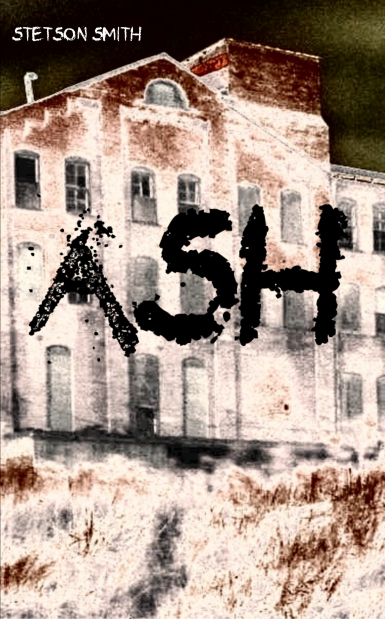 “Don’t you move a muscle,” said the voice as something hard pressed into the small of Nicholas’s back. “You’re gonna empty your pockets, nice and slow.” END_OF_DOCUMENT_TOKEN_TO_BE_REPLACED

Okay, it’s time to talk about the 500 pound gorilla in the room, Amazon. If you oppose Amazon on ideological grounds and won’t use them, that’s completely valid. This article just isn’t for you. I’ll be posting separate articles on the other marketplaces you can use. END_OF_DOCUMENT_TOKEN_TO_BE_REPLACED

I think I’m going to do something a little different today. Currently, I’m in the final phases of editing for my soon-to-be released horror book, ASH. So, I thought I’d post a freshly edited excerpt here, see what y’all think. END_OF_DOCUMENT_TOKEN_TO_BE_REPLACED

This is the beginning of a piece I have been playing around with.

What crawled into your clamshell and pissed all over it?” Ryker swam over to her, his powerful purple tail pushing him forwards.

Marlowe paused in her path towards the palace, looking him over as he effectively blocked her way. “I’m sure I don’t know what you mean, Captain,” she said, her golden eyes daring him to prod her any more.

Ryker smirked, crossing his arms across his broad bare chest. “You aren’t your usual…chipper self.”

This earned him an eyeroll, and Marlowe stretched her long maroon tail out, trying to work out some of the soreness. “Today I’m wearing a lovely shade of ‘I slept like shit, so don’t piss me off’,” she told him, narrowing her eyes at him. “Don’t you have an army to train?”

A bark came unexpectedly from Ryker, and he shook his head. “Marlowe, I hate to tell you this, but you wear that shade every day.” He chuckled again, then backed out of her way. “Don’t worry, it looks good on you.” The Captain gave her a flirty wink, before swimming off in the direction that Marlowe had come from.

She sneered as he passed by, then continued towards the palace. Not only did she sleep awfully and was feeling the effects of it, but she had been called to a meeting with the Queen, which was terrifying in itself. For years, she’d been the personal guard of the Prince and Princess, sixteen year old twins. As she swam forward into the palace, she was rethinking the past several days with the twins, trying to pinpoint any moment that something had gone wrong. What could she have done that would cause the Queen to call her forward? She’d started some combat training with them and allowed Claire to be a little more brutal with her brother than she probably should have, mostly to teach him self-defense. They’d snuck out of the castle and Marlowe allowed them to think they were alone, and she’d followed them to watch them play in the wreckage of a sunken ship. Still, even as she listed all of these things in her mind, she couldn’t figure out what would be bad enough to earn herself a meeting with the Queen. Marlowe neared the throne room and nodded to the two guards standing watch over the broad doors, who nodded back and opened the doors for her. The room was long and empty, which held minimal surprise to her. If this was to be a sentencing for something she’d done wrong, surely the Queen would have a witness present?

Marlowe bowed appropriately before looking up at Queen Qo’oral. “Your Majesty,” she said in her usual monotone, trying not to convey the nerves that she felt by standing here in front of the Queen. It seemed like nothing to follow the royal twins around every day and to be the head of their security, but their mother was a completely different beast all together. She was thin and lithe, her long glittering silver tail curled beneath her as she sat delicately on a throne of elaborate carved coral. Her lavender hair hung straight down her shoulders, a crown perched on top of her head. The Queen lifted her finger to her lips, silencing Marlowe, and she nodded down to the deep green seaweed wrapped around her torso. An infant was nestled on his mother’s chest, sleeping peacefully tucked into the seaweed.

“You wanted to see me?” Marlowe asked, her voice lowered so she wouldn’t wake the youngest Princess up.

The Queen nodded, giving a sweet smile. “How have you liked working with the twins, Marlowe? I hope they haven’t bored you during your duty.”

“Your children are far from boring, Your Majesty. They have a way of…keeping me on my fins.”

A soft chuckle escaped the Queen, and she nodded, seemingly understanding. “They are quite characters, aren’t they?” She sat up a little straighter, which only made Marlowe recheck her posture and stand a little taller in front of the Queen. “You’re aware of Kelo’s retirement?”

Kelo was one of the elder guards, who had started training Marlowe when she was old enough to hold a spear. It was surprising to most of the guards that he would be retiring now. “I am.”

“His position for the past few years has been organizing the care of Prince Gabriel. He has recommended you for his position. I am inclined to agree with him.”

Marlowe froze. “Me?” she finally stammered, looking at the Queen with wide eyes. “Are you sure? I’m not exactly good with children of that age.” Mostly she liked the teenaged Prince and Princess, she could watch them from afar and teach them to fight and not worry about breaking their delicate bones like she would a three year old.

Queen Qo’oral stood from her chair, her long tail flicking from side to side in the cool water. “You’ll start tomorrow, Kelo will show you the ropes before his retirement. I’m sure you’ll do fine.” With those parting words, the Queen nodded a good day to Marlowe, who bowed, and swam off to go to her next appointment.

“Your Majesty, there is someone here to see you,” the footman said as he poked his head into the dining chamber.

Gregory sighed. There was always someone who wanted to see him. Ever since he became King. Couldn’t even let him finish breakfast. It couldn’t be helped, he supposed. “And who would this ‘someone’ be?” he asked. END_OF_DOCUMENT_TOKEN_TO_BE_REPLACED

It happened so suddenly. One second, they were traveling along the FTL stream, heading back to Earth, and the next they were out of it and the emergency inertia dampeners were engaging. END_OF_DOCUMENT_TOKEN_TO_BE_REPLACED

I told you it was going to start getting heavy around here, didn’t I? As it turns out, self-publishing can be expensive. Between editing services of all stripes, design services and marketing services, you can spend quite a bit publishing. Sure, you can go without all these services, but that leaves your book not getting a fair shake in the self-publishing world. So, what can you do?

First, I would like to note that you can always try your hand at the Traditional Publishing route. If that works for you, great! But this is The Road to Self Publishing, so I won’t be considering this option here.

With that out of the way, what options do you have if you’re dedicated to self-publishing but don’t have the money to get these services straight up? Well, there are some options.

Option 1: just do without. Of course this is an option. You can absolutely finish and publish your book without any of these services. The problem is, every one of these services will either make your work better or give it a better chance of being picked up. Without outside editing, you will miss something. This isn’t up for debate. I don’t care if you are a professional editor with 1000 books under your belt. It’s completely different with your own work. You’re too close to it and you absolutely need more eyes on it. The other two are more debatable. If you’re a good graphic designer or have a huge social media presence, you may be able to skip the cover design or marketing steps. Odds are, neither of those things apply to you. That’s okay! They don’t really apply to me either, but it does mean if we want people to pick up our books, we have to get a professional cover designed and buy some marketing.

Option 2: barter. If you’ve got friends with the skills you need, this can be a great option. Of course, this only works if you can offer a service they need in return. I’ve already used this extensively, and I expect the professional editing services to go smoothly because of my amazing friends. Unfortunately, it’s unlikely that you can eliminate the need for all professional services this way, but it is a good way to lessen the cost of what you do need.

Option 3: donation services. If you’ve reduced the cost as much as you can but still can’t cover it yourself? It’s time to set up a crowdfunding page. This has the advantage that even the poorest person can get the services they need, as long as they can make their case well. I’d like to go over a few of the major options here.

So, what option did I pick? Since I do short stories and articles here, I decided to pick up a Ko-fi page to try and cover my editing costs. I like the idea of a virtual tip jar as it removes the pressure from my audience. Like a story or found an article helpful? Donate if you feel like it. If not, no worries, I’ll still keep doing this stuff. It lets my audience do something a little more tangible than just hitting a “like” button. Here’s a link to my Ko-fi:

I might do an article about the realities of running a donation page later, as I feel like that is increasingly an important part of the self-publishing experience. I hope this helped you and, as always, you can check out the other Road to Self Publishing articles here.